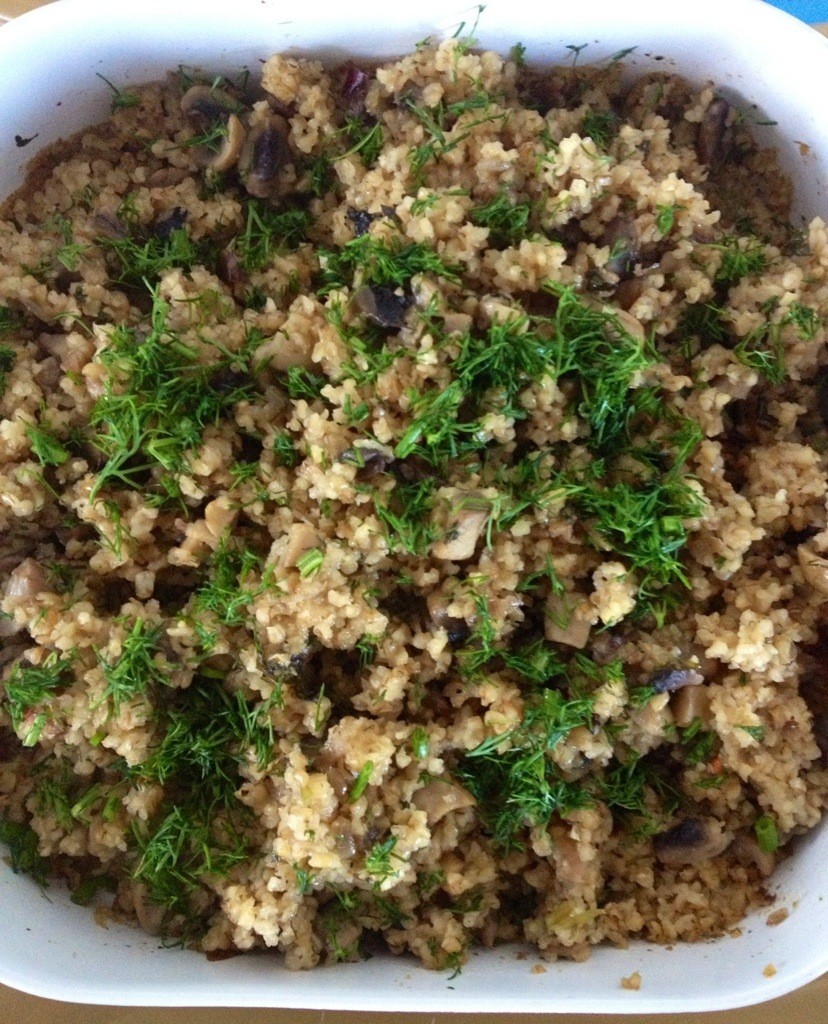 Heat oven to 350F. Place Bulgar and salt in 1 qt casserole dish. Saute onion and mushrooms in 2 tbsp of oil until tender, about 6 min. Add water to skillet and stir in 1 Tbsp Mrs. Dash Original Seasoning. Combine with Bulgar wheat in casserole dish. Cover and bake 30-40 min or until Bulgar is tender. Serves 6.